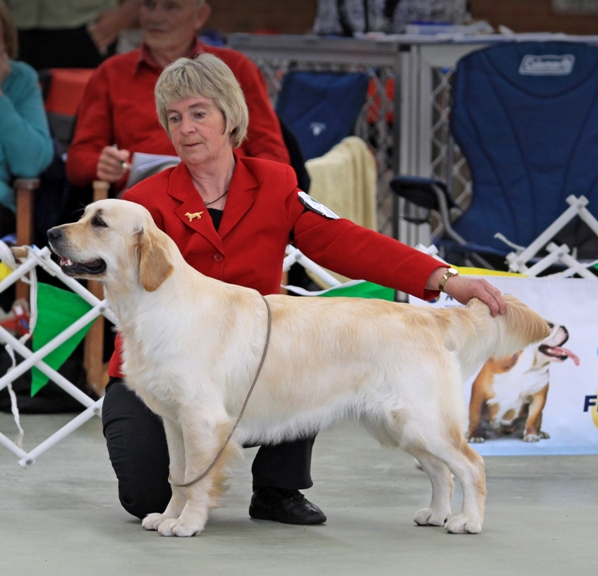 BEST IN SHOW at the Victorian Golden Retriever Club 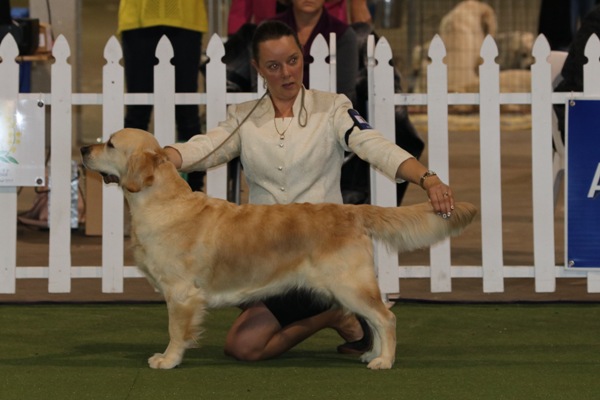 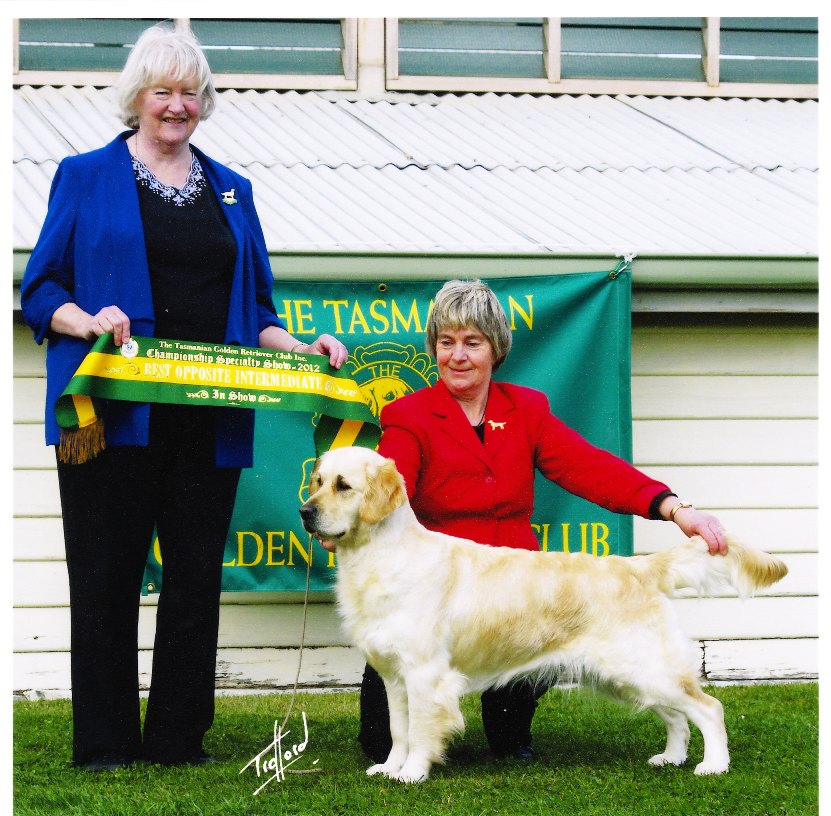 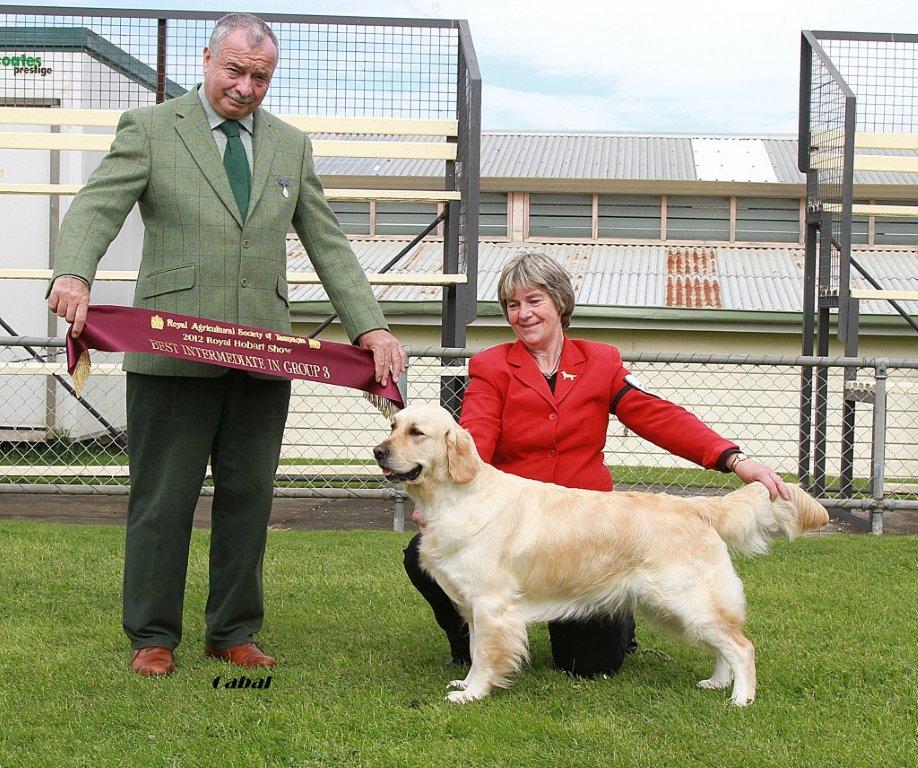 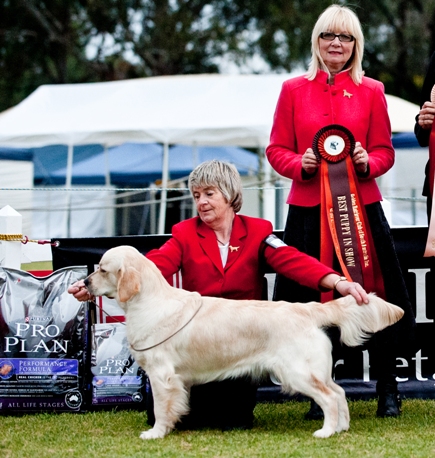 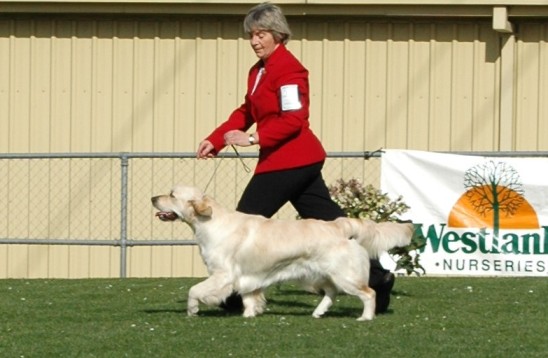 Critique : J. Grierson’s Naragold Georgie Girl 10 month old pale golden bitch, of excellent type throughout. Presents a beautiful outline, and does not disappoint on closer inspection. Excellent head and expression. Excellent forequarter and hindquarter construction. Moves soundly and with ground covering movement, carrying her topline and tailset in perfect harmony. Slight rolling at the moment when moving due to immaturity. A very promising puppy, which I was happy to consider amongst the older bitches in the CC, and was ultimately awarded Puppy in Show. 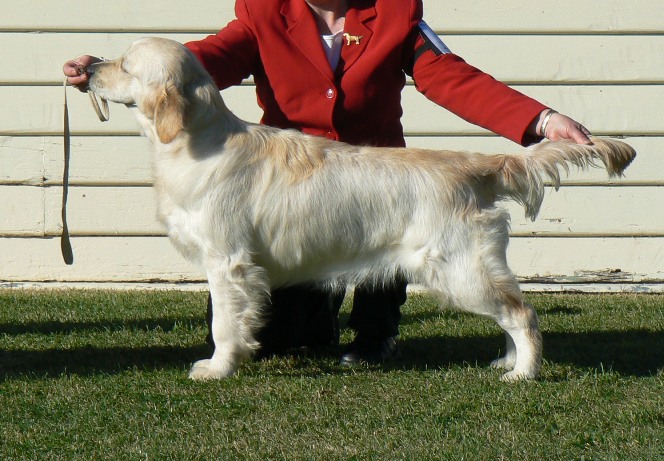 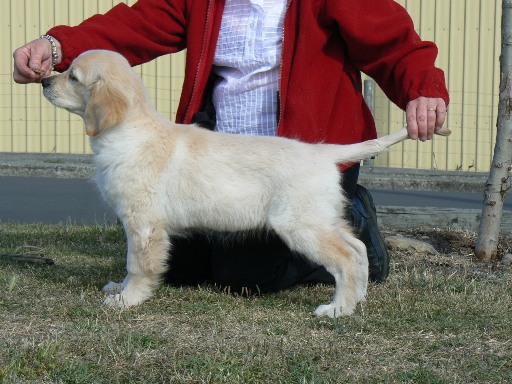 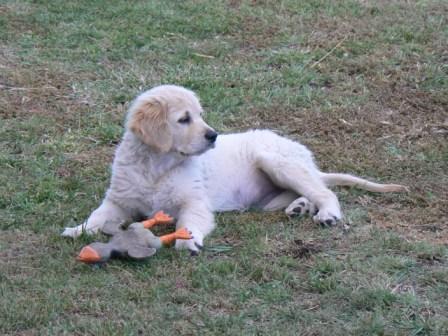 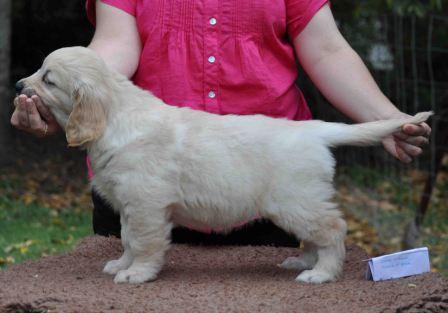 Many thanks to Emma Clark of Naragold Kennels for letting us have this lovely young girl.
She has an exceptional pedigree, with some wonderful English bloodlines.
Georgie has a fantastic, easy going personality with plenty of energy.
She lives up to the nick name of Pocket Rocket.
At her very first outing at the tender age of just 3 months she took out
Baby Puppy in Group.
We are sure there are great things ahead for her.
Georgie has won many Baby Puppy in Group awards, and now into Minor is again consistanly winning in Minor in Group.
Georgie has done it again at the two South Aust. Golden Retriever Club Specialty Championship Shows.
6/8/2011 , Judge: Mrs Audrey Richardson Best Puppy In Show
7/8/2011 , Judge: Mr. Jim Richardson Best Opposite Puppy In Show to her brother.
Georgie out did herself at the Victorian Golden Retriever
Club Championship Show in October 2011 under Judge Kirsi Nieminen (Finland) winning BEST IN SHOW!!!
What a wonderful achievement as she had only just turned 1year old the week before.

Georgie has been fed Vets All Natural since she was a baby puppy. 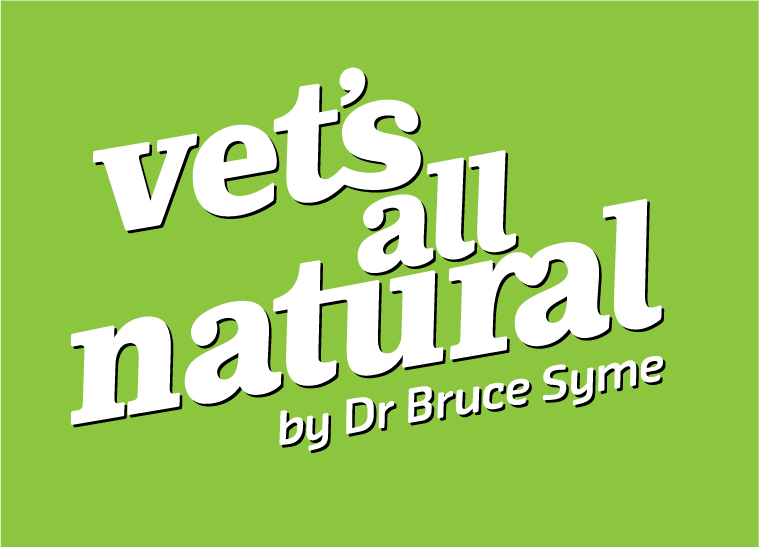